new study suggests severity of the skin condition psoriasis is associated with increased inflammation of the blood vessels, or vasculitis.

Senior author Dr. Nehal N. Mehta, a Lasker clinical investigator at the National Heart, Lung, and Blood Institute of the National Institutes of Health, and colleagues publish their findings in the journal Arteriosclerosis, Thrombosis and Vascular Biology.

Psoriasis is a chronic autoimmune skin disease estimated to affect around 7.5 million people in the US. The condition is characterized by red, flakey patches on the skin, most commonly on the elbows, knees, scalp, face, lower back, palms and soles of feet.

Past studies have suggested that people with psoriasis are at greater risk for heart attack and other cardiovascular events, as well as increased risk of cardiovascular-related death.

For their study, Dr. Mehta and colleagues set out to investigate whether psoriasis may be associated with vasculitis - a condition in which the immune system mistakingly attacks the blood vessels, causing them to inflame.

Inflammation of the blood vessels may lead to complications such as aneurism and blood clots, which can obstruct blood flow to the heart and raise risk for heart attack and stroke.

Compared with participants who were free of psoriasis, those with the most severe form of 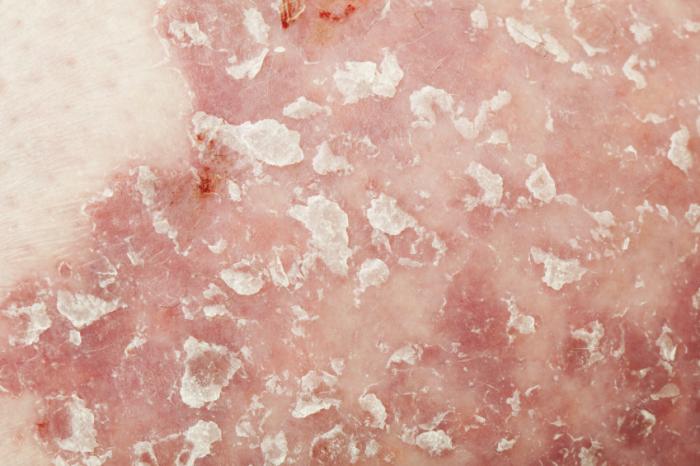 the skin condition experienced a 51% rise in blood vessel inflammation, and this association was still relevant even after accounting for other factors related to cardiovascular disease.

Overall, the team found that the more severe a participant's psoriasis, the more inflammation there was of their blood vessels. "In other words, what we see on the outside is mirrored on the inside," says Dr. Mehta.

The researchers say their findings support the theory that psoriasis and vasculitis share an underlying mechanism related to the immune system.