After two or three rounds of IVIG monotherapy, the mean creatine kinase level dropped to 1,125 IU /L from a baseline of 4,919. Arm abduction strength rose on quantitative dynamometry (from 3.5 to 6.2 kg), and hip-flexion strength improved or normalized as well.

"These gains persisted without the addition of another agent," the researchers reported in the Oct. 22 issue of the New England Journal of Medicine.

"Between 9 and 19 months after starting IVIG, two patients had no subjective muscle-related symptoms and had normal strength on examination," they added. "Patient 1 continued to have mild hip-flexor weakness but declined our advice to add another agent."

Most clinicians have been using glucocorticoids first-line, but remission often requires a second oral agent like methotrexate and IVIG, they noted. Now their study "suggests that monotherapy with IVIG may be considered as a first-line treatment for statin-triggered autoimmune myopathy."

While steroids are easier to give, the findings are convincing enough to try IVIG first instead, agreed Howard S. Weintraub, MD, clinical director of the NYU Center for the Prevention of Cardiovascular Disease in New York City.

"This is not for the everyday statin-induced ache," he cautioned in an email to MedPage Today. "This is a much more extreme circumstance than with statin myalgia.... This is a very rare condition. It is something that I may have seen once."

The study included three diabetes patients (out of 82 who developed the condition) who turned down glucocorticoids because of concerns about side effects but agreed to try IVIG monotherapy at 2 g/kg body weight per month.

None developed infusion reactions to the treatment.

This rare condition is "characterized by proximal muscle weakness, prominent necrosis of muscle fibers (detected on biopsy), elevated serum levels of creatine kinase, and the presence of autoantibodies that recognize 3-hydroxy-3-methylglutaryl coenzyme A (HMG-CoA) reductase, the pharmacologic target of statins," the researchers noted.

The treatment didn't entirely do away with those signals of damage. 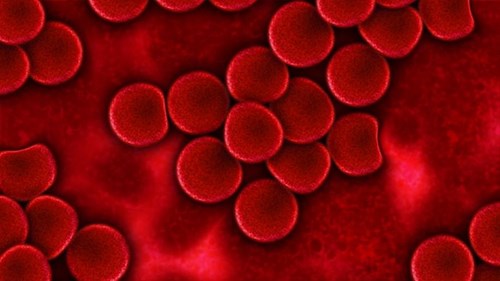 "These findings suggest that IVIG may attenuate statin-treated autoimmune myopathy, allowing muscle regeneration to outpace muscle destruction," Mammen and Tiniakou wrote, "but may not completely abolish the pathophysiological processes that cause muscle damage."

The open-label design and small sample size "are obvious shortcomings," noted Randall Zusman, MD, of Massachusetts General Hospital in Boston, "but the authors have opened a dialogue as to the potential value of a novel treatment algorithm and I would hope they might initiate a randomized clinical trial to test their hypothesis."

From the American Heart Association:

The study was supported by the Intramural Research Program of the National Institute of Arthritis and Musculoskeletal and Skin Diseases of the NIH and by a grant from the NIH.

Mammen disclosed grants from the NIH and a patent "Compositions and Methods for Characterizing a Myopathy" with royalties paid to Inova Diagnostics.

Tiniakou disclosed grants from the NIH.