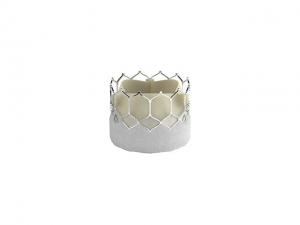 Edwards Lifesciences has announced that Health Canada has approved the expanded use of the Edwards Sapien 3 and Sapien 3 Ultra transcatheter heart valves for the transfemoral treatment of patients diagnosed with severe symptomatic aortic stenosis who are at low risk for open-heart surgery. The Sapien 3 valves are the first transcatheter aortic valve implantation (TAVI) systems to have this indication in Canada. 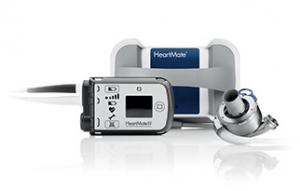 Abbott has announced that the US Food and Drug Administration (FDA) has approved updated labelling for the company’s HeartMate 3 heart pump to be used in paediatric patients with advanced refractory left ventricular heart failure. With the updated labelling, physicians now have additional options for treating this underserved population awaiting a heart transplant or for those not eligible to receive a transplant as a result of potential complications or risk related to the procedure. 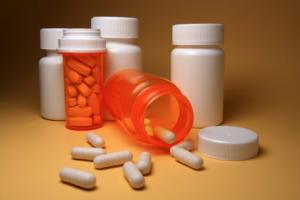 A subgroup analysis of the ISAR REACT-5—Intracoronary Stenting and Antithrombotic Regimen: Rapid Early Action for Coronary Treatment 5—trial has found that among patients with ST-segment–elevation myocardial infarction (STEMI) undergoing primary percutaneous coronary intervention (PCI) receiving either prasugrel or ticagrelor, there was no significant difference in combined rates of death, myocardial infarction, or stroke at one year. 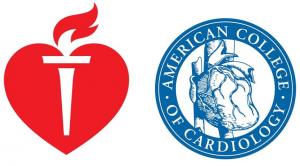 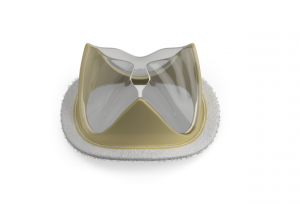 Foldax has announced that the US Food and Drug Administration (FDA) has granted investigational device exemption IDE approval for the company to initiate a clinical study of its Tria biopolymer mitral surgical heart valve. The company anticipates the first use of its mitral valve in a human will take place in the coming weeks. 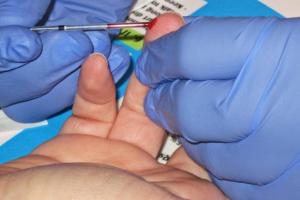 The American College of Cardiology (ACC) will collaborate with Amgen and Veradigm on a study to transform care for acute coronary syndrome (ACS) patients at risk for future cardiovascular events. TRANSFORM: Accelerating Lipid Lowering Post ACS (TRANSFORM: ACS) will ensure ACS patients quickly receive cholesterol testing in the hospital and guideline-recommended therapies to reduce LDL cholesterol in the hospital and upon discharge. 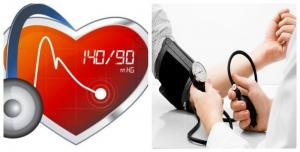 Acutus Medical has announced CE mark approval and the European launch of its integrated family of transseptal crossing products, designed to deliver safe and efficient access to the left atrium. Coupled with their previously received FDA clearance, Acutus now has regulatory approval to gain access to key global geographies in the large and growing market for transseptal crossing products. 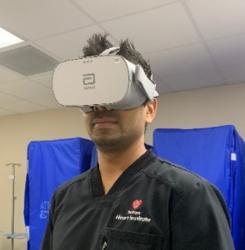 Abbott has announced the global release of its first virtual reality-based training programme designed to change training for interventional cardiologists in the use of optical coherence tomography (OCT) imaging technology. 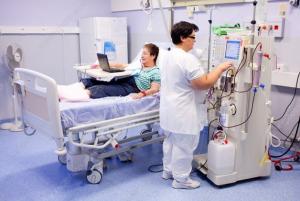 Hypercoagulability in COVID-19 patients leads to an increase in the malfunction rate of temporary haemodialysis catheters—but heparin locking of the catheters is linked to decreased malfunction rates. Those are among the main findings of a study recently published in the Journal of Vascular Surgery. 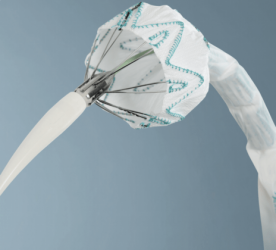 Terumo Aortic has announced the midterm results from the RelayPlus thoracic stent graft system post-approval study, revealing low operative mortality and morbidity—supporting its use as a “safe and effective” thoracic aortic aneurysm treatment. 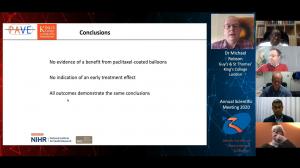 There is no evidence of a benefit from additional paclitaxel-coated balloon use compared to standard balloon angioplasty alone in the context of preserving arteriovenous (AV) fistula patency for haemodialysis, according to as-yet unpublished data from the multicentre, randomised controlled PAVE (Paclitaxel-coated balloons and angioplasty of AV fistulas) trial, presented at the 2020 annual scientific meeting of the British Society of Interventional Radiology (BSIR; 1–3 December, online). Michael Robson (Guy’s and St Thomas’ Hospital and King’s College London, London, UK) informed livestream attendees that there was no indication of an early treatment effect, and that all primary and secondary outcome measures of their trial demonstrated this same conclusion. Robson reported no disclosures relating to the PAVE trial, but noted that BD provided the balloons used. BD played no other role in the investigation, he reported.